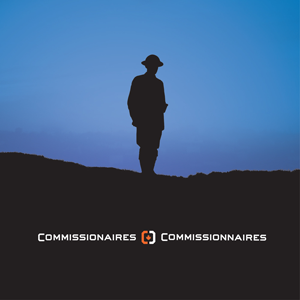 A Day to Remember

In the days leading up to and including November 11, there are numerous ceremonies and activities, large and small, that take place in Edmonton to commemorate the ultimate sacrifice of those who have fallen in the service of our country, and to acknowledge the courage of those who still serve.

Since 2012, Commissionaires Northern Alberta Division has taken a lead role in helping to bring one of those events, Edmonton’s largest Remembrance Day observance, to life. Here’s a look at what goes into preparing for the ceremony that takes place at the University of Alberta Butterdome and what it means to Commissionaires Northern Alberta Division to take part.

“As an organization that was founded to provide dignified and worthwhile employment to veterans, Remembrance Day is especially meaningful for Commissionaires,” offers John Slater, CEO of Commissionaires Northern Alberta Division. “So, a few years ago when we were approached to take on the task of organizing the ceremony at the Butterdome we willingly accepted.”

Jill Alm, Executive Assistant, Commissionaires Northern Alberta, plays a key role in coordinating all of the people and organizations who take part in the ceremony.

“We start planning in the spring,” explains Jill. “It’s an extensive process that involves connecting and coordinating with people from nearly 20 different organizations, as well as all levels of government including the offices of the Lieutenant Governor of Alberta, the Premier and the Mayor.”

The event is organized with military precision. At initial meetings, the stakeholders review and discuss what worked and didn’t work at the previous year’s ceremony, and share ideas of how to make the event better and even a little different. For example, the winner of the Lieutenant Governor’s Spirit of Vimy contest, Edmonton singer-songwriter Rebecca Lappa, was invited to perform her song, Valiant of Vimy Ridge, at the ceremony in 2017.

At subsequent meetings the program is finalized, participants and dignitaries are confirmed and everything is booked. Closer to the event, seating arrangements and the order of wreath-laying are prepared, and reminders are sent. One week prior, participants meet onsite to review the plan, parade formation, placements and event timing. On the day of the event, all the planning and preparation that took place over the previous months culminates in an hour-and-a-half program that brings dignitaries, special guests, veterans, various military units, police, cadets and scouts, marching bands and thousands of spectators together to honour Canada’s fallen and those who continue to fight for their country.

When asked what she thinks makes this ceremony special Jill replies, “All Remembrance Day services are special. But, because so many people are involved and so many people attend, there is a real sense of inclusiveness with this event.”

John Slater adds, “We do this because we need to ensure that we always appreciate and never forget the sacrifices of all Canadians in uniform. In fact, it’s something we should remember all year long.”

Plan to show your respect in person (89 Avenue and 112 Street; please be in your seats by 10:15 am) or watch the Butterdome Remembrance Day ceremony live on Global Edmonton on Sunday, November 11, 2018 starting at 10:30 am.