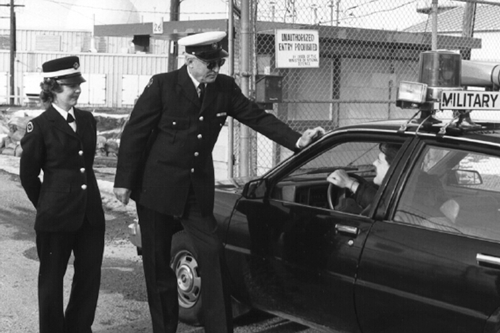 Our origins date back to 1859 when former Crimean War veterans were hired to deliver “commissions” (financial and legal documents) around London, England. Captain Edward Walter, a retired officer of the 8th Hussars, founded a Corps of Commissionaires in England in February 1859. His aim was to provide dignified and worthwhile employment for veterans who, after their release from service were ignored by society.

The first suggestion of a Corps of Commissionaires for Canada was made by His Royal Highness, the Duke of Connaught, while he was Governor General of Canada in 1915. But it wasn’t until after the First World War that the Canadian Corps of Commissionaires was established to provide gainful employment opportunities for veterans of the Canadian Forces. On July 25, 1925 a Charter was obtained and three Commissionaires companies were organized in Montreal, Toronto and Vancouver. The Northern Alberta Division, originally known as the Edmonton Division was formed on September 5, 1939.

“In smart blue uniforms with the badges of their Corps on cap and cross-belt, the first unit of the Canadian Corps of Commissionaires in Edmonton is now on duty, and shortly, a night patrol and property protection service will be at the disposal of Edmonton Citizens. The night patrol service, carried out under supervision by hand picked ex-servicemen with the best of records, will include an hourly visit from 6 p.m. to 6 a.m. In the case of business premises, the front and back doors are examined and a watch is kept on outside windows and transoms. The service in the residential sections includes patrolling front and back of homes, and where the subscribers leave the house vacant for even a short period, all doors, windows, etc., are carefully watched and checked. In addition, where a subscriber requests that a member of the family be escorted from the bus or streetcar lines at night, this service is also performed.” The Edmonton Bulletin, August 26, 1939 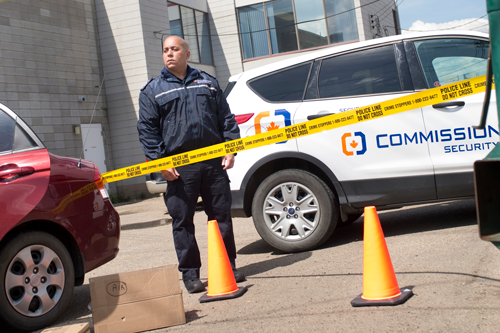 The Northern Alberta Division was established in 1939. It has grown from its original three commissionaires to over 1,800 full time, part-time and casual members throughout the North. In the beginning we protected vital military points during the Second World War. Since then we have gained a reputation for delivering quality security services to government, law enforcement and commercial clients alike. Our focus on our people has ensured they are well trained and well supported. This in turn provides exceptional service to our clients.